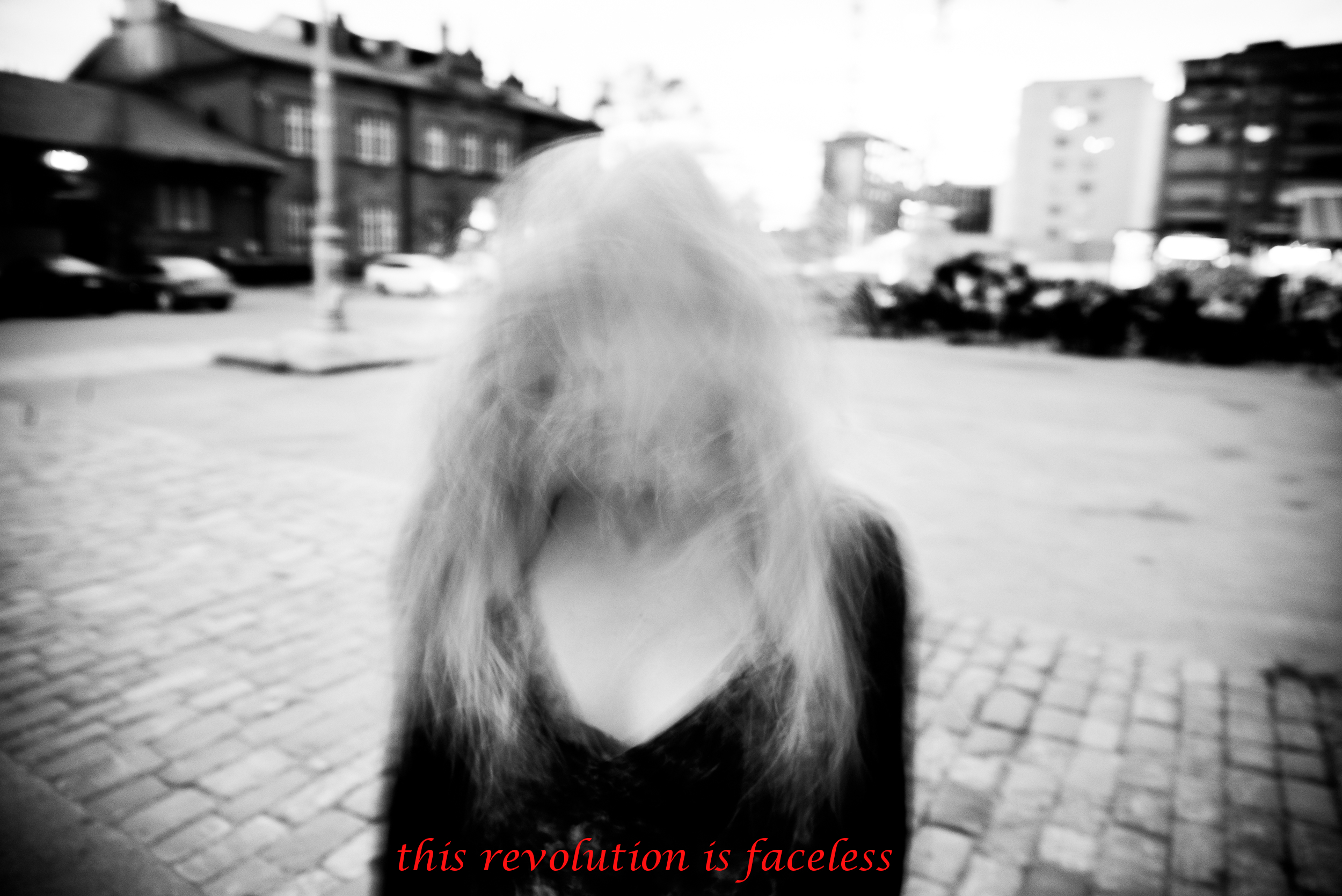 Resistance and social movements are best recognised in documentary pictures from the 60s. This is the nostalgic image of resistance inculcated in the minds of many young people today, feminist scholar Neda Atanasoski says in a recent interview. Such pictures are produced following separate events of revolt – Gezi Park, Occupy, Blockupy. But where lies the resistance and the belief in change in these pictures? Aren’t these only temporal interruptions of our daily lives, producing nothing more than intensive adrenaline kicks followed by aftermaths of powerlessness?

Resistance is possible only from within the materiality of life and its historical production, Judith Revel writes, leaning on Foucault. Escapism from the historical context and its material, social and economical conditions towards an outside, beyond the political, where freedom lies, is not possible. In a situation where power creates the field of existence – the bio-political context – the images of an outside or a margin remain mere fantasies. Instead, resistance has to be built from the premises we have, here and now.

But what room is there for resistance in the current historical phase of bio-power and bio-economy, in which work is based on processes of subjectivation, and where the innovativeness of life itself produces value?

We begin with situations that have not been translated into the political, events that do not correspond to the morphology of political action. For instance, subjects who do not claim to become recognised within the space of citizenship and hence go beyond mere rights-claims, such as migrants who reject the normative category of state sovereignty and its immigration regime. Let this be our starting point towards analysing strategies of existence that are usually not translated into acts of resistance, and as such are not visible to our political eyes.

Stemming from the field of critical migration studies, Martina Tazzioli questions the, often, presupposed space of the political. She cites Jacques Rancière’s definition of politics: “There is politics when there is a part of those who have no part, a part or a party of the poor.” The image of the political space often coincides with the frame of representation and the ability to be counted within the space of citizenship. Politics, as a struggle by and over the uncounted, hence becomes a struggle over visibility and perceptibility. In other words, the space of politics is perceived as pre-established but is challenged by the presence and the voice of the uncounted. Tazzioli critically poses the question of how the voices of the uncounted could be heard without there being a common language for it, hence targeting Rancière’s wording the “equality of speaking beings”. She underlines the need to dismiss the assumption of a common language already being there, through which the ‘uncounted’ would lay their claim in the political space, and instead look for new spaces of politics that might open up through the discordant practices of migrants.

Migrants burning their fingertips in order not be identifiable appear as one way of opening up a different space of politics. This strategy of dis-identification is a way of becoming everyone and becoming imperceptible. The act of resistance makes it nearly impossible to identify migrants and to categorise them according to fixed collective subjectivities, hence troubling the idea of migration as visible and countable subjects moving from one place to another and in this manner also resisting the idea of claiming to have part. Becoming imperceptible clearly relates to the issue of visibility and countability. Many theoretical and academic branches have underlined the subversive strategy of visibility and the politics of representation: the representation of the queer, the subaltern, the marginal, the migrant, and all the rest. But the formation of different underrepresented claims-making subjects does not take us far. “This is the end of the politics of representations”, Papadopoulos and Tsianos state in an article related to the theme of migratns’ dis-identification.

Strategies that challenge the assumed space of politics, the regime of citizenship and the visible forms of politics, are inspiring also beyond the issue of migration. Politics is not only about claiming rights, but also about creating different forms of doing politics and in this way producing new forms of life.

We have to start here and now, taking influences from struggles that are discordant to the codes of state’s politics and the politics of representation, and which oftentimes escape the traditional struggle form. Instead of leaning on categories established beforehand we have to make our lives the ground of the resistance. This does not only mean focusing on antagonisms, fighting an enemy or resisting explicit exploitation. It also includes the resistance against becoming governed in everyday life and of creating possibilities of living differently.

Looking back at where we started –on the square surrounded by images of thousands of people claiming rights together as a mass– where do we end? Borrowing from Viren and Vähämäki: we do not necessarily have to stand together in one front and do not have to gather all the people in the square at the same time. Is there even any point in only growing and accumulating more supporters for a movement? Couldn’t movements and struggles become more effective if they grew by intensity and depth?

Growing by intensity and depth could imply taking over a quartier in the city, producing forms of life without recognition, changing our everyday lives without making it into a “political event”. Using our creativity to build ourselves collectively. This could happen through various struggles, with various people in various places, taking various forms and also forms that are not visible, from the perspective of the conventional morphology of political action. Hence, current movements should take the heterogeneity of the struggles and subjectivities involved as a starting point and a source of strength. This strength is not reducible to the image of a homogeneous claims-making mass. As Viren and Vähämäki note, the lack of a unity appears as a flaw only from the perspective of the state and its normative political rationality.

The creativity needed is linked to freedom and power. There is no power, no ‘action over the action of people’ without there being freedom to act. Power, therefore, always comes second as it cannot invent, only reproduce and manage. It is possible through the capacity of freedom to invent and produce that resistance, Judith Revel writes.

When we engage in resistance as a creative development of life it is not important for all of us to do the same thing together, but rather produce solidarity and friendly ties – base our politics on friendship. We should try to exclude the elements that destroy our friendship and our capability of working together. By keeping those who want to govern, subjugate and capture co-operation for private purposes on a distance from solidarity-building processes we can grow our capacity and invent new forms of life.

Dimitris Papadopoulos & Vassilis Tsianos (2008) The Autonomy of Migration: The Animals of the Undocumented Mobility.

Judith Revel (2013) “The Materiality of the Immaterial: Foucault, Against the Return of Idealisms and New Vitalisms”. In Éric Alliez & Peter Osborne (ed). Spheres of Action: Art and Politics. London: Tate Publishing.