The subject concerns me personally, because in one week I will be stepping out from the network of school into the “working life”. A new social status I will gain in the beginning of June will be ”an unemployed jobseeker”.

So I have to face a new question about what work means and how wage labour is seen as the ultimate measurement of human dignity in the society. My point of view is openly political and questioning.

I belong to Työstäkieltäytyjäliitto,The Union of Work Refusers, and am here to speak as a member of the union. The Union of Work Refusers is a social movement founded in early 2018, which aims to eradicate all the work done in the command of others. The union is a free-form collective, whose work consists of critical writing about wage labour in various media, including its own publishing on Kumu.info, various political actions combining different modes of performance and demonstration, to deconstruct the loneliness and weakness of a precarious worker in relation to the demands of capitalist production.

The idea behind The Union of Work Refusers is to call into question today’s prevailing approach, where wage labour is a measure of human dignity, and livelihood is tied to how well one survives in the unreasonable and increasingly intensified circumstances of working life.

The Union of Work Refusers challenges the concept of wage labour and punitive measures against the unemployed, such as the active model that entered into force this year and sanctions as a force management of the workforce. Instead, The Union of Work Refusers favors a universal basic income and demands a radical decrease of wage labour and the wealth generated by innovations which increase productivity, such as automatisation and robotization, to be shared.

The union stands for creating meaningful life here and now and to challenge the idea that we are all lonely entrepreneurs who must strive for greater efficiency and self-exploitation.

According to the prevailing speech, unemployment is an individual’s fault. Unemployment appears to be a stigmatizing and shameful condition that indicates the inadequate skills of the unemployed, even though unemployment is a structural feature of the capitalist labor market, and in current knowledge-capitalism, the value of production happens essentially in social relations outside the workplace, not enclosed within the walls of the mills. In this case, each of us is involved in the production of value and innovations, the source of which is daily creativity and renewal of life, not the submission to control and obediance of rules coming from above.

This speech is an example of an action to challenge the concept of wage labour as an individual performance. We have wrote this together with comrade Klaus Maunuksela, who is also a member of The Union of Work Refusers. The speech is based on our common debates and reflections, and we’ve been writing the speech together in Google Docs. The first question we talked about when planning was how to share the pay and how to define the effort one has in this work.

The Space Invaders event pays us 100 euros. When discussing this topic, Klaus suggested that we divide the amount of money so that he would get a quarter and I three quarters. Klaus justified the argument by saying that writing a speech is just part of the work, and speaking is something else. It was not possible for him to physically arrive here today for his timetables. He sees the presence and interaction with people as an important and challenging effort, where for me as an actor performing is pleasant activity.

I again thought that his ability to analyze things and to write clearly is the same contribution to this speech as me standing here now.

In The Union of Work Refusers, like in social relations in general, different skills and abilities are opportunities and we do not place them in a hierarchical order. In the world of wage labour, others’ work is more valuable than others. Instead, we wanted to act as stated in the old maxim: ”according to their abilities, according to their needs”.

We decided to split the reward half to half. It is our way of recognizing the different abilities and needs of each other, and not to do random valuation between them. More important is solidarity and trust, not jealous control of your own interests.

Another example of the one-sidedness of wage labour as a measure of human activity is invisible work and care for which no wage is paid.

Recently a close friend of mine had a baby. She was the first one among my friends to become a mother. She created a facebook messenger chat group where the friends of the parents could commit to take care of the baby while the parents get some rest or time for themselves or for each other. At times the new parents have found themselves exhausted but have found asking for help difficult. For the first request for help many in the chat group, including me, had to answer that they cannot come for they are so busy.

As a result of the basic income our time spent on wage labour and job-seeking would be released for example helping and caring of this kind.

Another friend of mine, a mother of a four-year-old in Madrid, recently told how the child has many adults around her and they have and they have set up a small community with their own school where they go on by the terms of the  children and focus on matters of interest to them.

As Judith Butler writes in the text “Precariousness and Grievability – When is Life Grievable?”:

“It is not that we are born and then later become precarious, but rather that precariousness is coextensive with birth itself (birth is, by definition, precarious), which means that it matters whether or not this infant being survives, and that its survival is dependent on what we might call a social network of hands.”

Since our birth, we are leaning on the aid of others and we will not get by without the others. Therefore, the individual-centered way of organizing life around wage labour where the value of an individual is measured by how well one meets the demands of working life and gives added value to the capitalists, is basically wrong. Instead of worrying about our own competitiveness as good employees, we should find new ways to understand people’s interaction that does not come back to wage labour.

Like the nurturing of a little child is not a measurable work performance separate from other aspects of life, actions that enrich life and base on mutual assistance, are much more diverse than what the cult of wage slavery suggests. We want to live without a value measurable with money. We ourselves want to decide, how we spend our days.

People don’t survive without clean air, water, soil, microbes, insects, ecosystems… People are dependent of non-human life. In this sense, life itself as a phenomenon is interaction between different beings, it is a precarious state.

Climate change demands us to change our view of humanity so that we would accept peoples dependency of each other. To question wage labour as the indicator of human dignity means simultaneously questioning the argument, that efficiency and capitalistic production are more important than other values which cannot be measured – the value of nature, animals, human beings.

The current crisis of the capitalistic society is also a chance for a new lifeform. The first step into a post-capitalistic future is to examine anew the truths, that we have been taught to believe in.

Why is work in command of another more valuable than autonomous action together with others?

Why is somebody getting rich with our work?

Why is ecologically and socially corrosive work aiming at financial gain more important than reproductive work at home?

Why unemployment and living with the unemployment benefit is framed as something that would degenerate moral, but living with capital income and getting money from options is normal activity?

What do we do with our lives, when wage labour is not anymore the  indicator of the the value of life?

We suggest, that Space Invaders -event would be transformed into an always-existing event. A space will be squatted in Helsinki city center in order to be a collective space for precarious workers, it will be a workers’ hall, church and gallery for the new workers’ movement; an occupied space, that functions as an autonomous unemployment office, as a place for political meetings and for rest, as a noncommercial Slush, where we will grow our strength and self esteem regardless of that, what our position is in the labour market.

Pressure to work might come from job center bureaucrats, employers, people close to you or from your own head. The Union of work refusers encourages everybody not to work. At the moment the union of work refusers is writing a book about the history and present of refusing to work, which will come out in the beginning of 2019 and will contain also peoples experiences of life outside wage labour. While waiting for a broader book, we have to offer a small self-published pamphlet “Texts for work refusers” in finish.

The future has already begun, our task is to live it!

We will fight until all the sanctions are abolished! 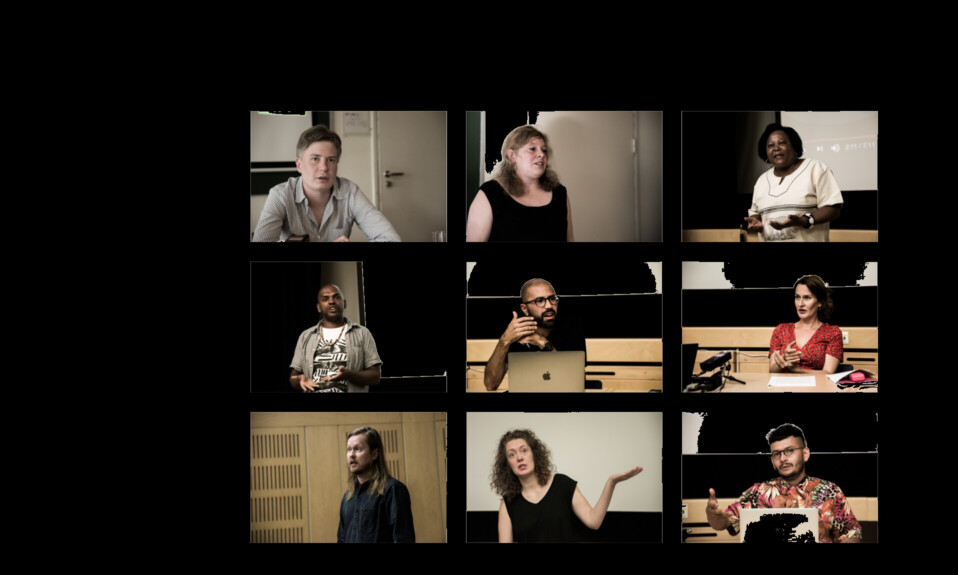 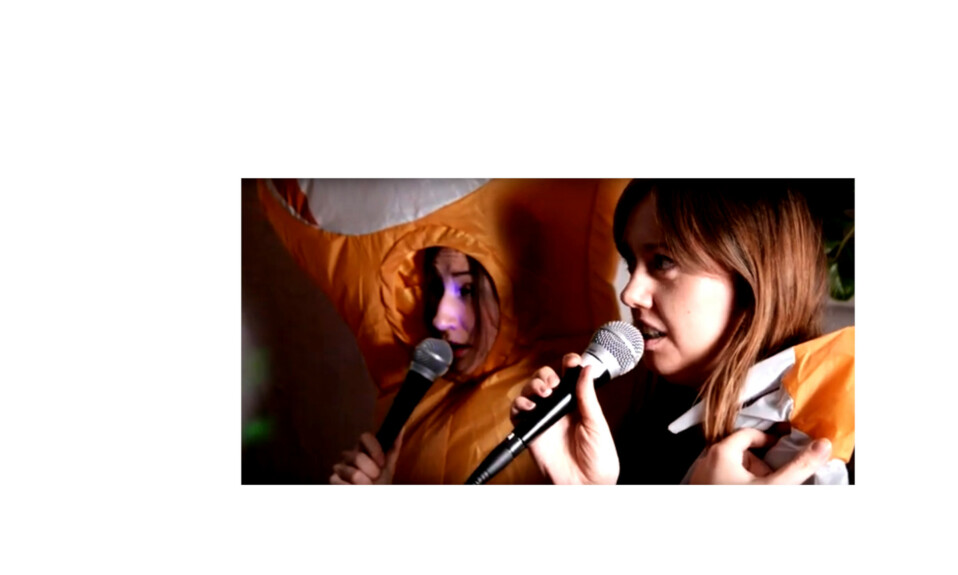 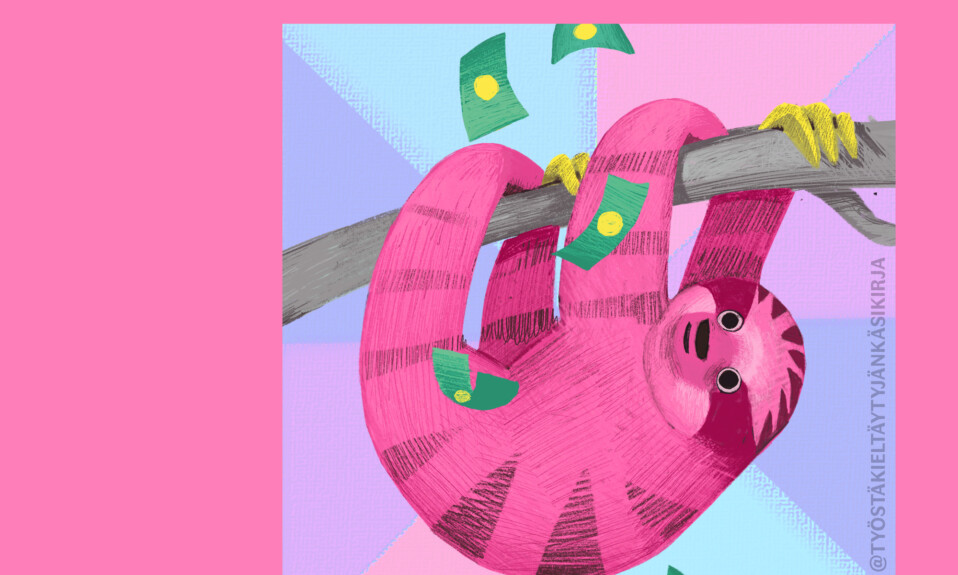 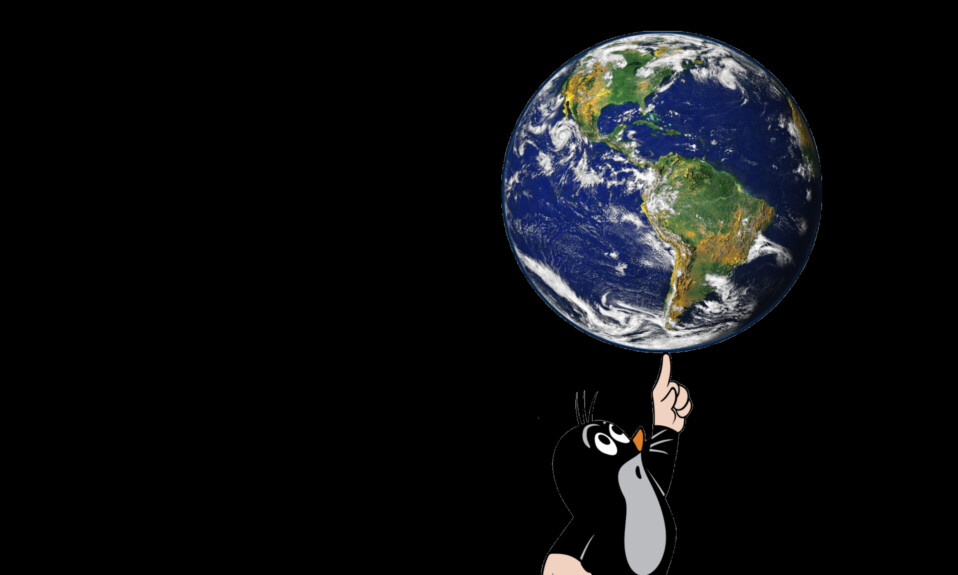 Currently there are no featured posts. 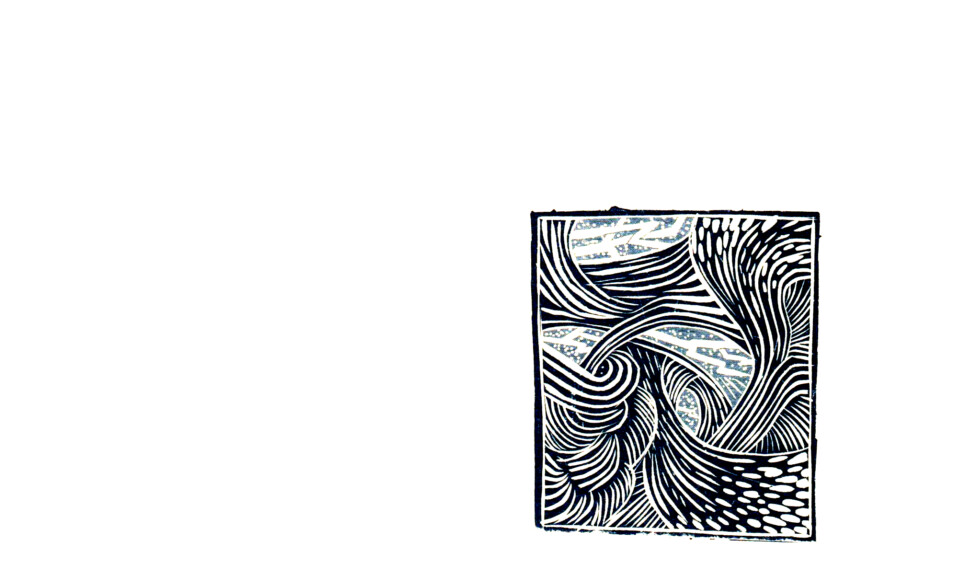 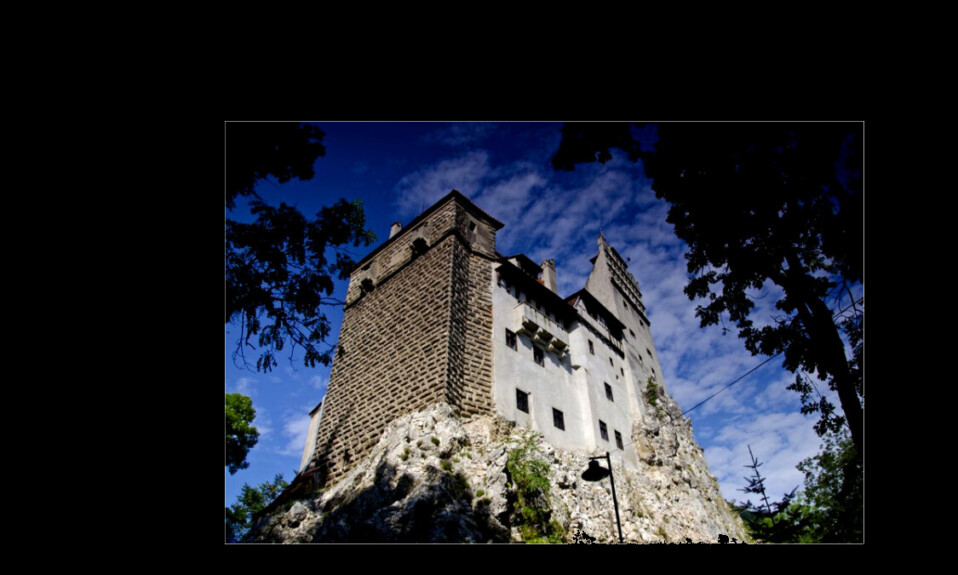 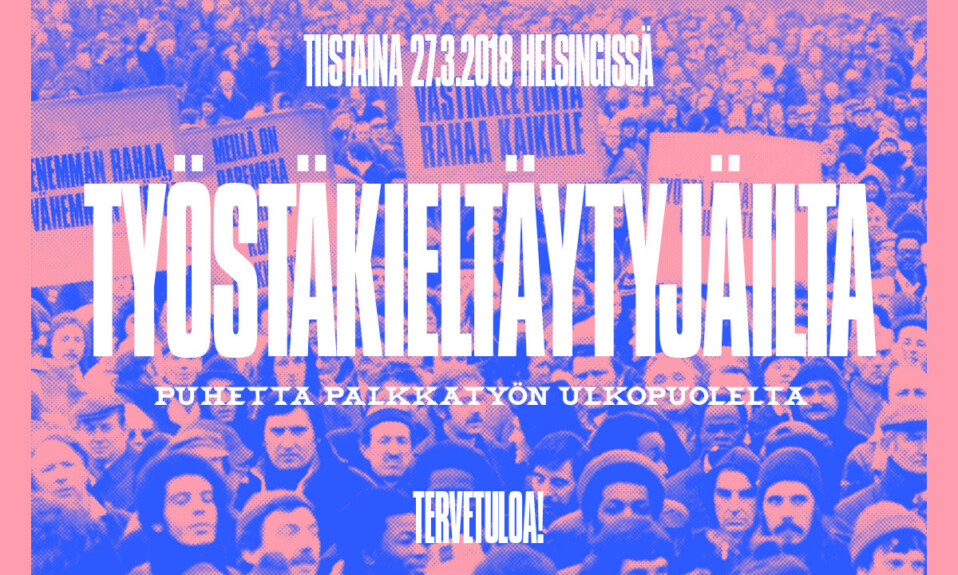 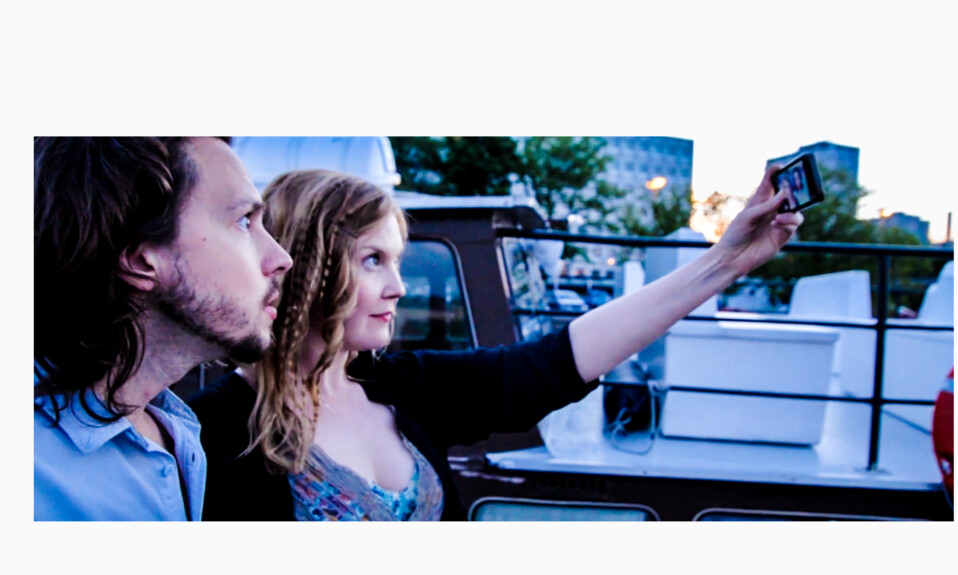